We had a very good trip over, stayed at a few hotels on the way, learnt my lesson from last time and paid for the ferry by paypal so they only made me pay once, if needed I could ask for it back, ferry bookings cant be refunded from your credit card unless they want to refund you

We left on the midnight boat and got to near Nurenburg by mid next day , stayed over night , we pick this hotel as even though at a motorway services it has an Aldi , Burger king and camping shop for food. Next morning we left at about 2am and got to hotel in Hungary at about 11am, decided to stay there for a couple of days as it was so hot
When we left it was again a very early start, about 3am ,got to Vidin about mid afternoon and checked on the factory and the house, decided to stay a couple of days in the house there to warm it up a bit and make it feel lived in, left a couple of days later about 4pm got to near Plovdiv just before midnight (after getting lost again ) ended up eventually on the new motorway and found a hotel, again overnight and up about 7am and on to Kazanlak for some shopping at Kaufland , and on to the house in Vetren

I was quite amazed it was all still standing when we got there, few tiny bits more rendering had crumbled in the winter but that was it, the barn roof I was sure would have fallen off was just the same as last year, to be fixed this year 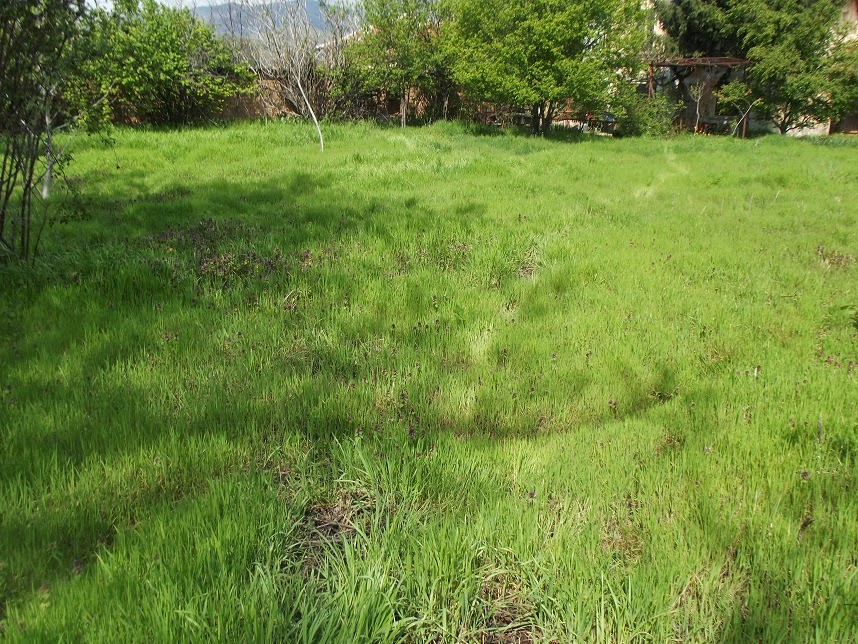 The garden was not that bad....and no elder yet to be seen, I used weed killer on it in June last year and none grew afterwards, but Im going to dig the roots out now anyway to be sure and kill more of it.

The tulips I planted 2 years ago were all flowering, apple trees all flowering, plums all have small fruit about 10mm in size, peaches have bad leaf curl again, I have treated them and taken affected leaves off. 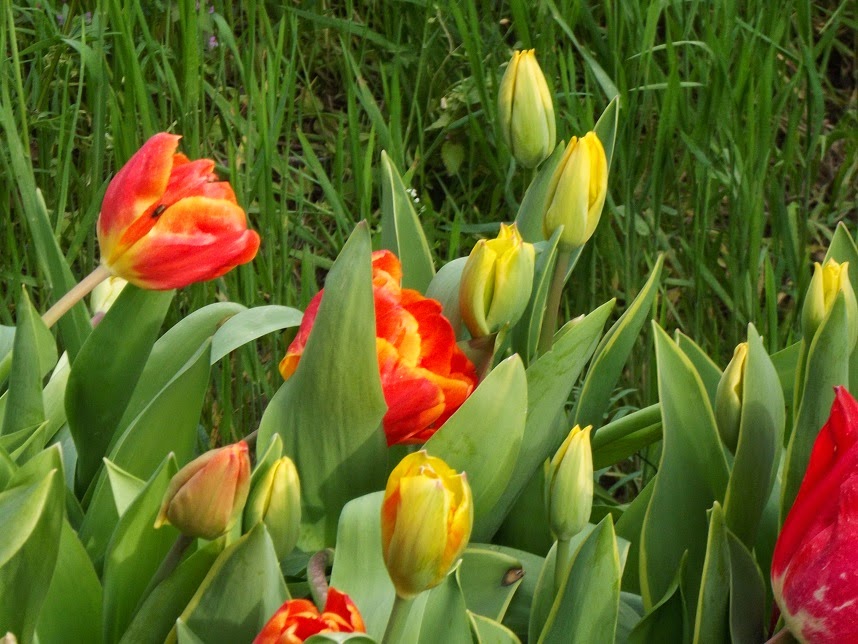 The weather was great for the first 2 days about 25C, but then it dropped , very cold and massive clouds moved in.....down the road! 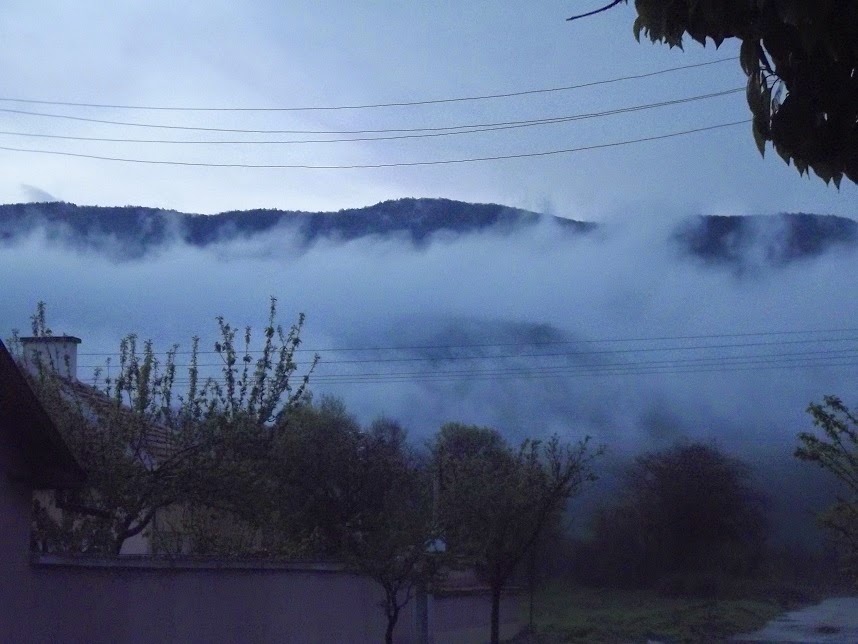 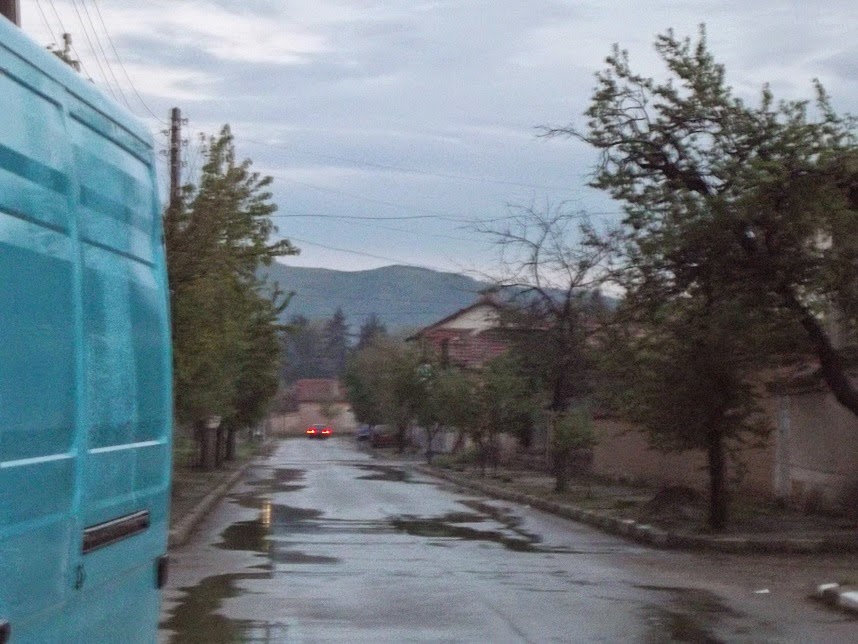 4 days of rain, all the rivers to the tops of there banks, flood alerts from a car driving round, the river was overflowing at about 6 times higher than normal to the to the top of the banks, only minor flooding from the rain on the roads here though, just big puddles.

One day due to the rain there was a power cut for a few hours, no problem as we dont use it with  being all 12v electric and gas

A quick trip into Maglizh showed just how big the rivers were, this river is just a trickle normally, today you could hear it 200 yards down the road in the Bank

My citrus trees are loving it, the ones I have in Vidin are all squashed in a greenhouse to keep them warm, but the ones here are out in the garden, they are growing fast, they love the sun compared to being under growlights indoors all winter 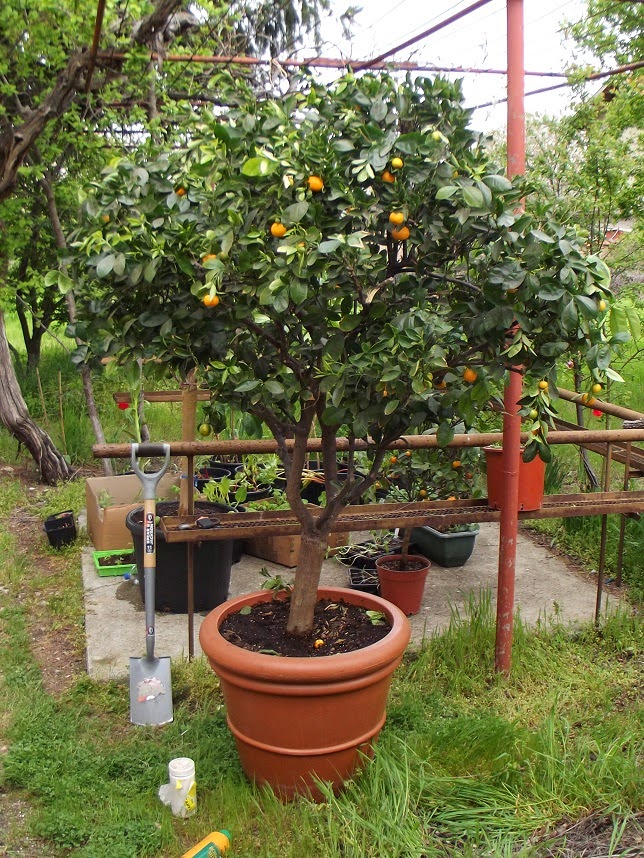 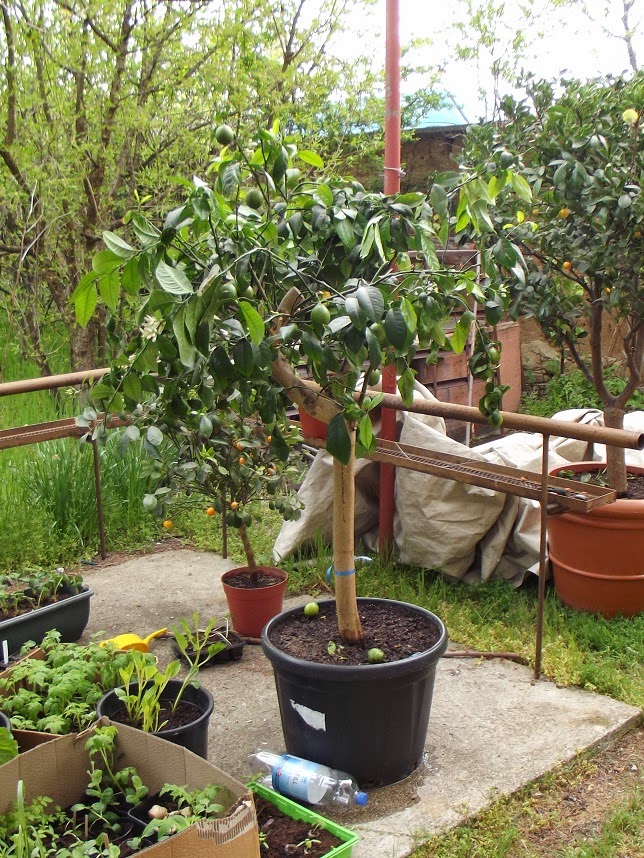 I have over 100 citrus trees again now, I sold a lot to move as it was too hard to move them all, many of the otheres are in Vidin and some here , the collection has reformed in Bulgaria, most are only a foot or so high, but these few are some of my very old ones.


I Found a giant patch of this in the garden, smells like garlic, looks like garlic...who knows! 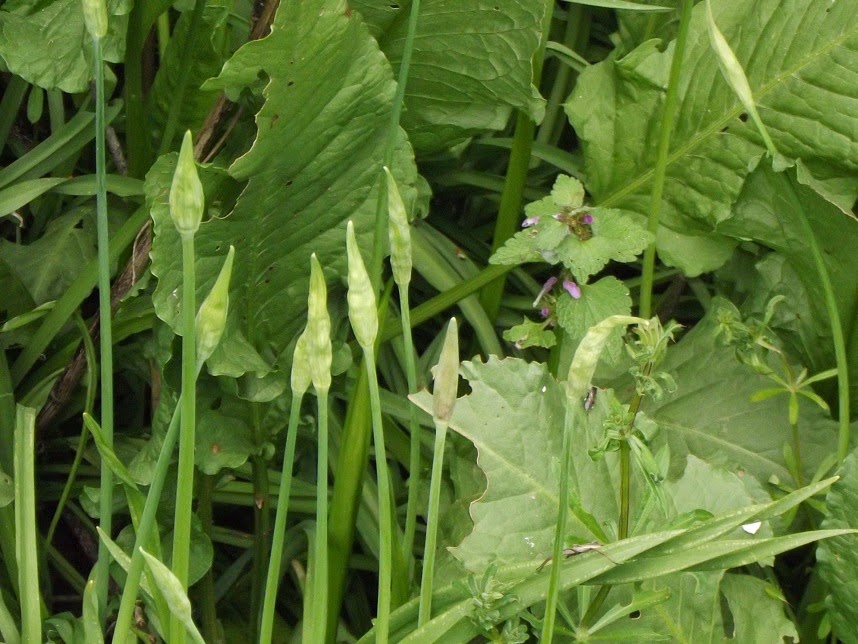 Once the rain cleared up a small patch of garden was rotorvated for the potatoes.... 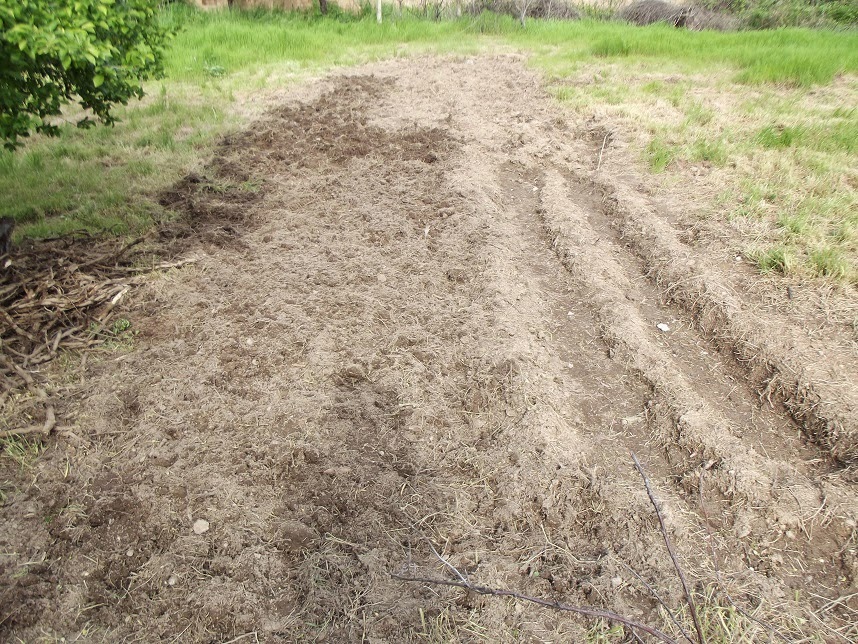 After rotorvating it has been dug with a fork 2 forks deep to remove elder roots, this small patch formed in the bottom corner has about half way across has provided this much elder root..... 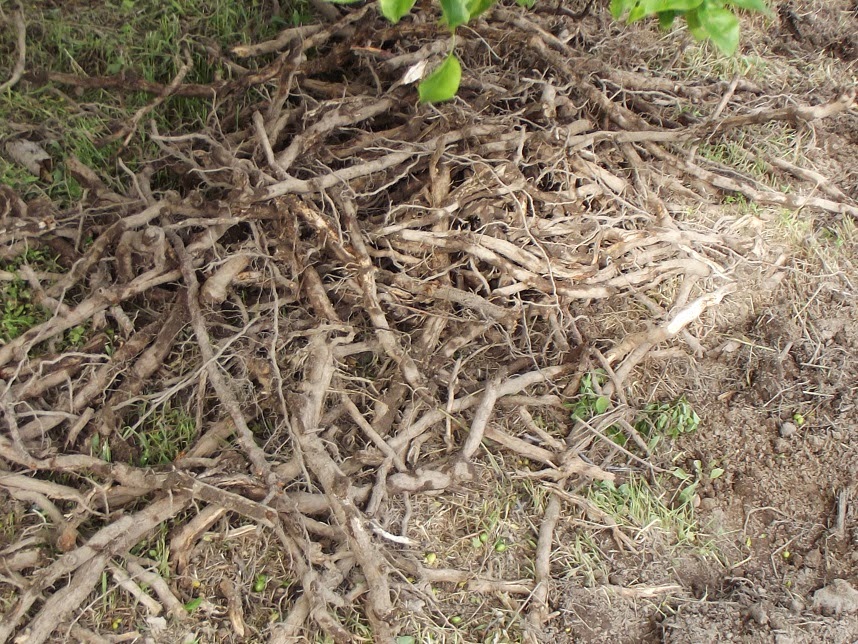 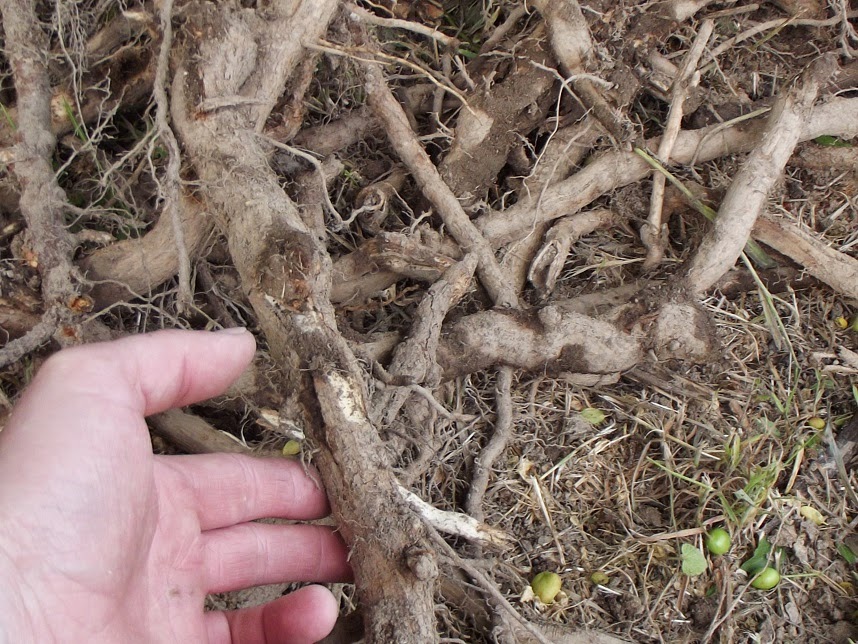 Soooooo much elder root!
Posted by My-Bulgarian-House-Renovation at Friday, April 25, 2014 No comments: